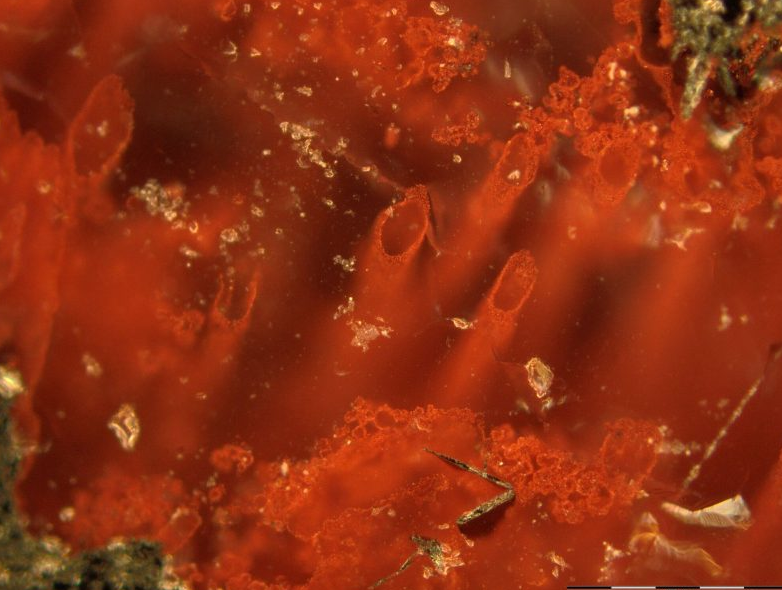 Scientists announced on March 1, 2017 that they’ve identified the remains of 3,770-million-year-old microorganisms. , now the oldest known microfossils on Earth. The discovery is in the form of tiny filaments and tubes – formed by bacteria – that lived on iron.
They were found encased in quartz layers in what scientists call the Nuvvuagittuq Supracrustal Belt, on the eastern shore of Hudson Bay, in Quebec, Canada. This region was already known to contain some of Earth’s oldest rocks.

Starman and his Tesla could crash into Earth or Venus ... eventually | CBC News

Bad news, Elon: There's a chance your Tesla Roadster will come crashing down to Earth. Source: Starman and his Tesla could crash into Earth or Venus ... eventually | CBC News END_OF_DOCUMENT_TOKEN_TO_BE_REPLACED

These Soap Bubbles Form Ice Crystals Right Before Your Eyes

These bubbles freeze faster than they pop. Source: These Soap Bubbles Form Ice Crystals Right Before Your Eyes END_OF_DOCUMENT_TOKEN_TO_BE_REPLACED

This is a simple but effective demonstration using a ping pong ball and balloon to model the contractions during childbirth. Click here for the video   END_OF_DOCUMENT_TOKEN_TO_BE_REPLACED