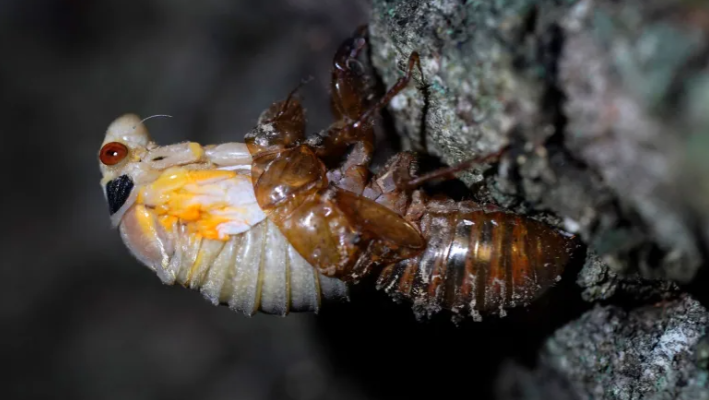 One of the craziest life cycles of any creature on the planet’ culminates after 17 years underground.

Sifting through a shovel load of dirt in a suburban backyard, Michael Raupp and Paula Shrewsbury find their quarry: a cicada nymph.

In maybe a third of a square foot of dirt, the University of Maryland entomologists find at least seven cicadas — a rate just shy of a million per acre. A nearby yard yielded a rate closer to 1.5 million.

And there’s much more afoot. Trillions of the red-eyed black bugs are coming, scientists say.

Author: Tasha Richardson, Teacher – TDSB, @tadric3EM As a physics teacher, I have always been very interested in students’ abilities to apply previously learned mathematical skills in the... END_OF_DOCUMENT_TOKEN_TO_BE_REPLACED

Earth-sized alien worlds are out there. Now, astronomers are figuring out how to detect life on them

https://youtu.be/QGWOSz6D4vM To do so will require a purpose-built space telescope and a parasol the size of a baseball diamond. Learn more: http://scim.ag/2imLXDR END_OF_DOCUMENT_TOKEN_TO_BE_REPLACED

Which is Worse For You: Sugar or Fat?

https://youtu.be/AJUiQU8-w8E For decades, we’ve heard how terrible fat is for us, but more recently, sugar has become the new villain. What does the science actually say about these two... END_OF_DOCUMENT_TOKEN_TO_BE_REPLACED