This weekly feature of STAOblog brings you a sampling of the latest science news sorted by curriculum strand. Use these items to enrich your class discussions and engage your students.

Share your favourite Science News “gems”  by emailing them to staoblog@stao.org.

For Disguise, Female Squid Turn On Fake Testes – Inkfish | DiscoverMagazine.com, By Elizabeth Preston
The best way to stay out of trouble, if you’re a shimmery, color-changing little squid, might be to paint on some pretend testes. Scientists have found that certain female squid can switch on and off a body pattern that makes them look male. They use a never-before-seen cell type to do it, and it may be all for the sake of keeping the actual testes owners far away.   Read more…

Origins of sex discovered: Side-by-side copulation in distant ancestors.
A palaeontologist has revealed how the intimate act of sexual intercourse first evolved in our deep distant ancestors. In one of the biggest discoveries in the evolutionary history of sexual reproduction, scientists have found that internal fertilization and copulation appeared in ancient armored fishes, called placoderms, about 385 million years ago in what is now Scotland. Read more…

Science News for Students. People use saccharin and other artificial sweeteners to try to stay healthy. A study now suggests such sweeteners might actually cause harm by encouraging the wrong bacteria to grow in our guts. Read more… 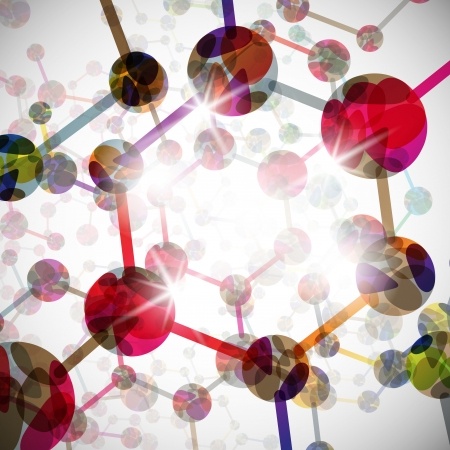 BPA from thermal paper used in cash register receipts accounts for high levels of BPA in humans. Subjects studied showed a rapid increase of BPA in their blood after using a skin care product and then touching a store receipt with BPA. Read more…

Anyone who’s paged through a women’s magazine will recognize this strategy: to make a product seem better, surround it with a scientific glow. “Clinical trials show lashes grow up to 400% fuller!” “27% reduction of dark spots in 10 weeks!” “Ceramides!” Does this actually help convince people to hand over their cash? A study using promotions for fake drugs suggests that might be the case. Read more…

Will We Have Nuclear Fusion Reactors Within a Decade? – D-brief | DiscoverMaga

Lockheed Martin Corp. on Wednesday said its engineers had made a breakthrough in the race to build a nuclear fusion reactor.

The company’s secretive research unit, Skunk Works, claims that within a decade it’ll develop and deploy a nuclear fusion reactor that’s powerful enough to light over 80,000 homes, yet small enough to fit in the back of a truck. If the company succeeds, it would mark a major milestone in mankind’s pursuit of a viable nuclear fusion power source.  Read more…

To move giant stones across the sand, ancient Egyptians may have found it easier to roll rather than drag them.  Read more...

Crewed missions to Mars remain an essential goal for NASA, but scientists are only now beginning to understand and characterize the radiation hazards that could make such ventures risky, concludes a new article.  Read more…

The smallest, coolest exoplanet known to host water is roughly the size of Neptune. Until now, astronomers had found water only on distant worlds that are about the size of Jupiter. The newfound water source — known as HAT-P-11b — is just a bit more than four times the diameter of Earth. Read more…

How Do Astronomers Find Exoplanets?Scientific AmericanNASA’s Kepler spacecraft has discovered nearly 3,000 possible exoplanets by tracking slight fluctuations in starlight to reveal their orbits. This is one of several methods employed in the hunt for the next habitable world. See app for further details.

Grit: The power of passion and perseverance - TED Talk

A team of high schoolers built a device that allows people in wheelchairs to walk their babies - CNN article submitted by Chuck Cohen Wonderful work by teenagers - great use of... END_OF_DOCUMENT_TOKEN_TO_BE_REPLACED