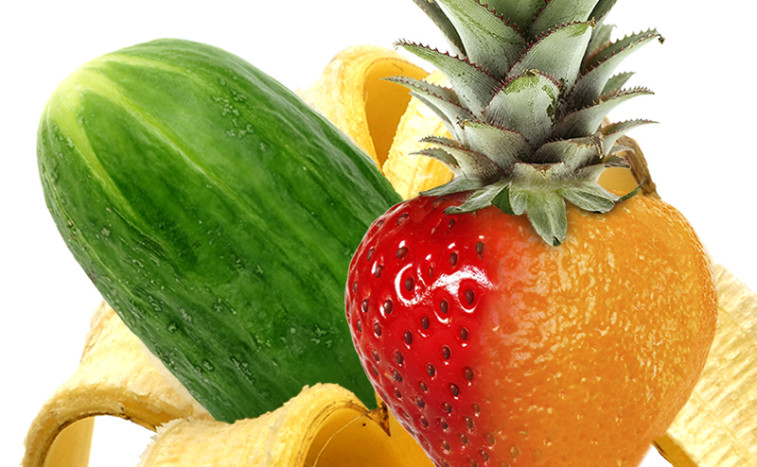 Currently, the list of genetically modified organisms that could end up at your dinner table (assuming you live in the U.S.) is limited to corn, soybeans, squash, canola oil, sugar beets and papayas—and, indirectly, through meat from livestock that have eaten GM corn, soybeans, or alfalfa. While it’s hard to speak definitively about every single GMO that has already been made or ever will be made, more than 1,700 peer-reviewed safety studies have found that GMO crops are no more or less risky than non-GMO crops. “The scientific research conducted so far has not detected any significant hazards directly connected with the use of genetically engineered crops,” a group of Italian researchers wrote in a review of 10 years of studies on GMOs published this past March.

But the public has concerns. Some worry that modified organisms will escape beyond the borders of farms and reproduce with other, non-GMO crops. (Farmers try to mitigate this risk by staggering their planting schedules.) There’s also a fear that engineered crops could encourage the overuse of pesticides and herbicide. (Agricultural GMOs have indeed caused a dramatic increase in the use of milder herbicide glyphosate, for example, though they’ve also coincided with a sharp drop in the use of more dangerous pesticides like atrazine.) Another concern is that crops engineered for pesticide and herbicide resistance (particularly “Roundup Ready” crops that can tolerate the herbicide glyphosate) or that manufacture their own pesticide could lead to hardier “superweeds” and “superbugs” that survive the process. (But this unfortunate effect is also triggered when chemicals are used on non-GMO crops.)

Bottom line: We should keep scrutinizing GMOs as researchers’ ability to manipulate genomes becomes ever more sophisticated and more and more plants and animals we eat are being tinkered with. Here’s a look at some of the the engineered foods in the biotechnology pipeline today.

An Apple That Doesn’t Brown

Can’t stand mushy brown apples? The Arctic Apple might be your new favorite snack. This apple is genetically engineered to resist browning after it’s cut or bitten into.

How it’s made: Okanagan uses a technique called gene silencing, using a synthetic gene cobbled together from four apple genes, to suppress production of the enzyme polyphenol oxidase (PPO). PPO causes browning when the cells of the apple are ruptured, mixing the enzyme with other chemicals called polyphenolics, which creates the brown pigment melanin. Arctic Apples produce extremely low levels of PPO, so this reaction doesn’t occur.

Status: Currently under review by the USDA and the FDA—only USDA approval is needed for it to be sold, but the FDA could require that the Arctic Apple be labeled as genetically modified. Canadian officials are also reviewing the apple to make a decision on deregulated sales in Canada. Some critics point out that there are already non-genetic ways to keep apples from browning: Lemon juice works for a home solution, while manufacturers often use a mix of calcium and vitamin C to keep prepackaged apple slices looking fresh.

Golden rice is an attempt to combat Vitamin A deficiency, which blinds an estimated 250,000-500,000 children every year, by enriching the staple crop of millions of people in rice-consuming populations.

How it’s made: The most current version of Golden Rice contains genes from corn and the soil bacterium Erwinia uredovora that allow it to produce beta-carotene, a precursor of Vitamin A, in the edible part of the plant.

Status: Field tests have already been conducted in the Philippines, with others set to go forward in Bangladesh and Indonesia. Several nutritional studies have looked at how well the beta-carotene in Golden Rice is converted to Vitamin A; those results have been promising. IRRI and other backers say Golden Rice will only be made broadly available if national regulators in those countries, as well as independent NGOs, determine that the crop is effective in reducing vitamin A deficiency and is safe to consume.

Late blight, caused by the microorganism Phytophthora infestans, was the major cause of the Irish potato famine and other potato catastrophes in the mid-19th century. Researchers are creating GMO potatoes designed to resist this disease, which still wreaks havoc on potato crops.

Who’s making it: Scientists from the U.K.’s John Innes Center (an independent plant science and microbiology research institute) and the Sainsbury Laboratory (affiliated with the University of Cambridge). Possibly the J.R. Simplot Co., in the future.

How it’s made: Researchers added a gene from the South American plant Solanum venturii, a wild relative of potatoes. The team says the gene, called Rpi-vnt1.1, helps turn on the cultivated potato’s natural defense mechanisms against blight.

Status: The researchers published a paper on the GM spuds in February 2014 and have licensed the technology to the American company J.R. Simplot Co. (more on them in the next item). GM potatoes have not had an especially good track record in the marketplace. In 1995, Monsanto received approval for NewLeaf, a potato modified to resist the Colorado potato beetle, but it was costlier for farmers, and discontinued in 2001 once better pesticides came on the market. Another biotech giant, BASF, received European approval to grow its Amflora potatoes, modified to be extra starchy, but public resistance to GMOs prompted the company to discontinue the line.

Like the Arctic Apple, the Innate potato is touted as a way to reduce food waste; it’s been designed to not brown after being sliced. It’s also modified reduce sugars and limit the formation of asparagine, a precursor to the potential carcinogen acrylamide, which forms if a potato is cooked at very high temperatures.

How it’s made: Like the Arctic Apple, Innate potatoes are made with gene silencing—using bits of potato genes to turn off genes related to browning and asparagine production. (The company also aims to incorporate late blight resistance and Potato Virus Y resistance in the second generation of Innate potatoes.)

Status:  Update 11/7/2014: Just as this article was published, the Innate potato was approved by the USDA.

Gene silencing is a relatively new technique used in crop engineering, raising its own issues. One concern, highlighted by agriculture expert Margaret Mellon in a blog post for the Union of Concerned Scientists, is that the introduced genetic “cassette” used to turn off the desired genes might interfere with non-targeted genes.

The AquAdvantage salmon could end up being the first GM animal that lands on American plates. This fish is engineered to put on weight all year long (as opposed to only during spring and summer), as a way to speed its growth to market size.

How it’s made: AquAdvantage salmon are Atlantic salmon modified by the addition of a growth hormone gene from a Chinook salmon, and a promoter—a DNA region that kickstarts gene transcription—from the eel-like ocean pout.

Status: Currently under review by the FDA. As the first transgenic animal to near deregulation, the AquAdvantage salmon is a pitched battleground for opponents and proponents of GMOs. Critics worry that escaped GM salmon could outcompete wild salmon—though 99 percent of the modified fish are infertile, it’s the 1 percent that worries some. A 2012 draft assessment by the FDA determined that the AquAdvantage salmon is as safe for consumption as conventional salmon.

Chestnut trees used to be a familiar sight in American forests until the turn of the 20th century, when the Cryphonectria parasitica fungus, which causes chestnut blight, was introduced and went wild. By the 1950s, chestnuts went from a keystone species to a rare sight; now, genetic engineering might bring this tree back from extinction.

Who’s making it: Scientists from the SUNY College of Environmental Science and Forestry’s American Chestnut Research and Restoration Project.

How it’s made: The first generation of blight-resistant chestnuts were made using a wheat gene for oxalate oxidase, an enzyme that neutralizes C. parasitica‘s primary weapon but which does not kill the fungus. The researchers are also exploring resistance genes that might reside in the Chinese chestnut for use in future trees.

Status: The USDA, EPA, and FDA are all reviewing the new trees, and if approvals progress smoothly, they should be ready for planting in the wild in about 5 years. SUNY ESF has put up a crowdfunding campaign to raise funds for 10,000 blight-resistant chestnut trees.

via Here Are The Next GMOs That Could End Up On Your Plate – World Science Festival.

Introduction In this demo, the teacher creates a beautiful rainbow of colours in a demonstration tube using universal indicator and a dilute acid and base. Discussion Universal indicator can be used... END_OF_DOCUMENT_TOKEN_TO_BE_REPLACED

The Legal Battle over CRISPR — Speaking of Chemistry

https://youtu.be/IboHEQumDGc We went to the U.S. Patent & Trademark Office to get the lowdown on the CRISPR gene-editing patent dispute. Read C&EN’s coverage here:... END_OF_DOCUMENT_TOKEN_TO_BE_REPLACED

Over a period of seven months in 2017, the Hubble Space Telescope photographed a beautiful display of northern lights over Saturn’s north pole. Source: Hubble telescope spots 'northern lights' on... END_OF_DOCUMENT_TOKEN_TO_BE_REPLACED