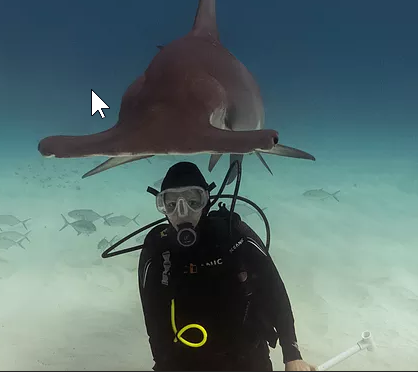 Joe is the founder of Exploring by the Seat of Your Pants (EBTSOYP), a Canadian nonprofit with a primary goal of bringing science, exploration, adventure and conservation into classrooms across North America through guest speakers and virtual field trips. Since launching in September of 2015, EBTSOYP has hosted well over 300 Google Hangouts with leading scientists, explorers and conservationists from around the world, including several National Geographic explorers.

The primary goal of Exploring By The Seat Of Your Pants is to knock down classroom walls and take students anywhere in the world, never having to leave their desks.

Joe led an amazing session at STAO 2017 that provided an overview of his program and the impact it’s had on making science relevant and exciting.

Scientists announced on March 1, 2017 that they’ve identified the remains of 3,770-million-year-old microorganisms. , now the oldest known microfossils on Earth. The discovery is in the form of... END_OF_DOCUMENT_TOKEN_TO_BE_REPLACED

https://youtu.be/NVxvcS9lJ_I Mr. Key outlines how we use numbers in science, with specific regards to precision and significance. Please note that all questions, comments and critiques are welcome.... END_OF_DOCUMENT_TOKEN_TO_BE_REPLACED