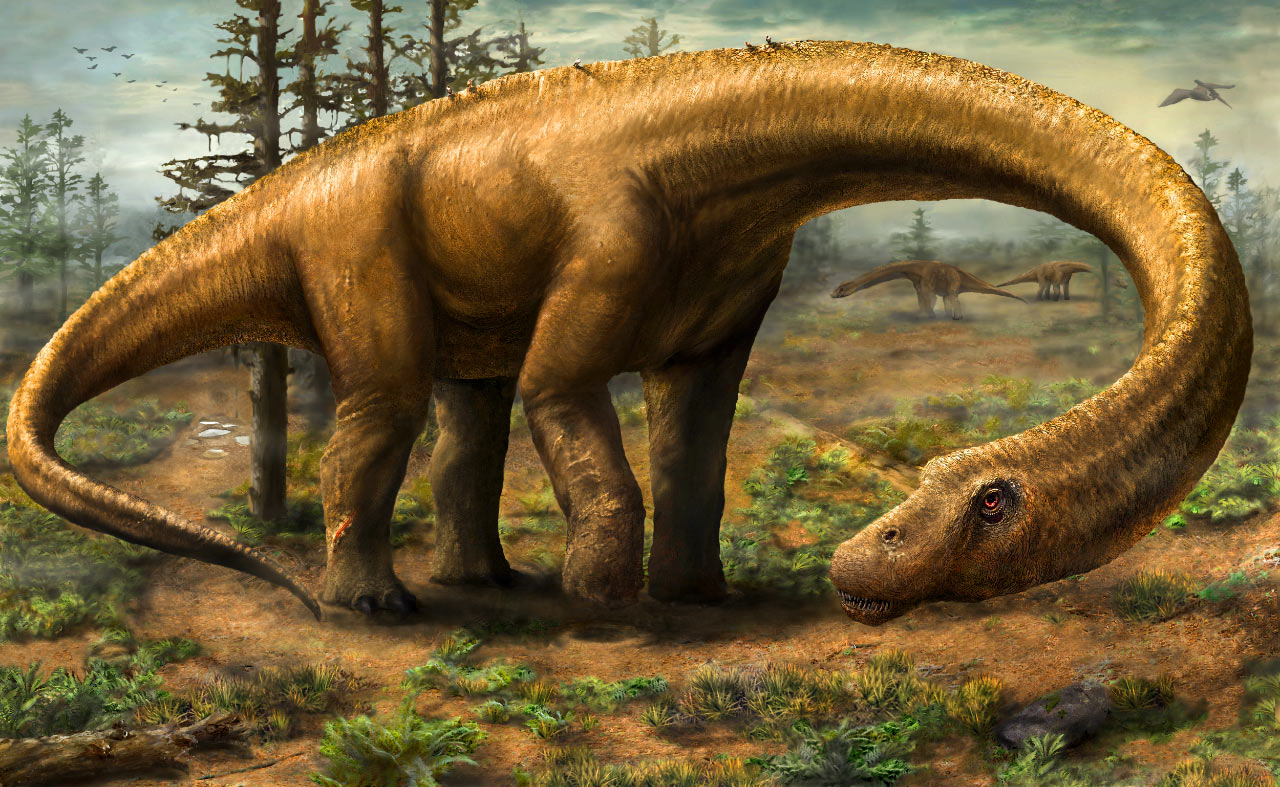 In September 2014, paleontologists working in Patagonia, Argentina, uncovered what may be the largest known animal ever to walk the Earth.  The dinosaur, named Dreadnoughtus schrani, had an estimated mass of 59 tonnes – equivalent to seven African bull elephants. It was also about 26 metres long – almost as long as a Boeing 737.  Dreadnoughtus was a herbivore and likely spent most of its day eating huge quantities of plants just to keep up its massive bulk.  Dreadnoughtus also had a long muscular tail that could sweep away predators in one powerful swipe.

For more information about Dreadnoughtus schrani  consult this CBC article .

The Fungus on Your Head

https://youtu.be/TIe2oerd25c This fungus lives on your scalp and may affect the genes you express. Check out Head & Shoulders research on getting rid of dandruff: https://ve42.co/HS Animation... END_OF_DOCUMENT_TOKEN_TO_BE_REPLACED

https://youtu.be/rAYW9n8i-C4 An experiment on how turbulent convection in Earth's core makes a magnetic field Get a free audiobook with a free 30 day trial at http://www.audible.com/Veritasium or... END_OF_DOCUMENT_TOKEN_TO_BE_REPLACED

A local attempt earlier this year to break a Guinness World Record for the largest elephant's toothpaste demonstration was a huge hit, it was announced on Sept. 10. Source: Official! Guinness World... END_OF_DOCUMENT_TOKEN_TO_BE_REPLACED