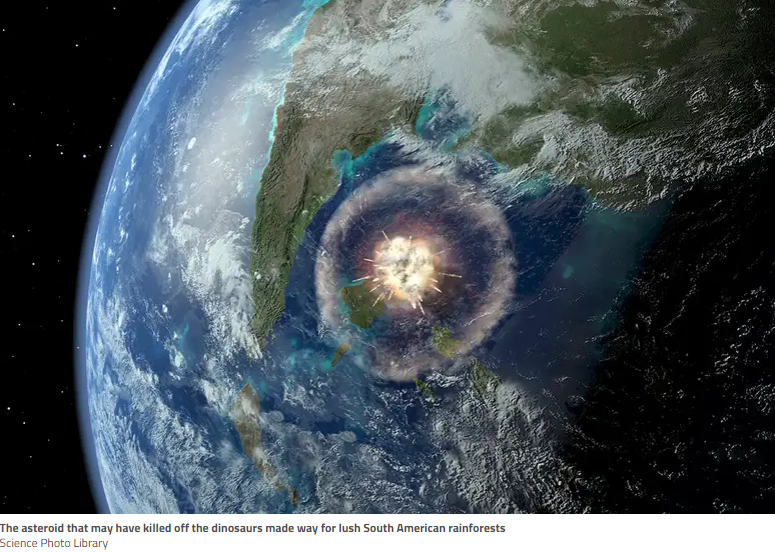 Today’s tropical rainforests came about because of the huge asteroid strike thought to have wiped out the dinosaurs.

Before the asteroid hit the Yucatán peninsula in what is now Mexico, South America’s rainforests were made up of vastly different greenery than the abundance of flowering plants they now contain.

“If you returned to the day before the meteorite fall, the forest would have an open canopy with a lot of ferns, many conifers and dinosaurs,” says Carlos Jaramillo at the Smithsonian Tropical Research Institute in Panama. “The forest we have today is the product of one event 66 million years ago.”

This is an update to Nehal's Nov 27, 2018 post.  The game board required for this resource is now included below.  Our apologies to Nehal and all who opened the Nov 27 post for this... END_OF_DOCUMENT_TOKEN_TO_BE_REPLACED

Diversity, Equity and Inclusion in Science By: Arooj Arslan and Salma Nakhuda With the advancements in Science & Technology, we need to acknowledge and credit the long chain of scientists,... END_OF_DOCUMENT_TOKEN_TO_BE_REPLACED

https://www.youtube.com/watch?v=rM86Y810fTA Ever run out of your go-to cleaning product and you’ve got a mess that you just can’t leave alone? Have no fear, chemistry is here. Our latest... END_OF_DOCUMENT_TOKEN_TO_BE_REPLACED