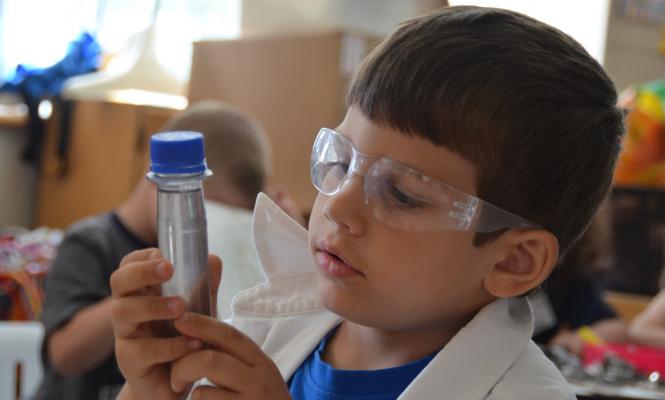 Scientists in School, a favourite learning partner of many Ontario elementary schools, has qualified for the final round of CST’s Inspired Minds Learning contest. The top prize is $50,000 which would provide science workshops for more than 5,000 low-income kids. VOTE for Scientists in School to help all kids become scientists in their schools.

All kids deserve to be inspired by STEM, but some low-income kids never get the chance. You can change that by voting for Scientists in School in CST’s Inspired Minds Learning contest. The contest runs May 25 – June 1 at 5 pm.

Scientists in School’s project is in the top 25 organizations selected to compete for the top prize of $50,000, and second and third prizes of $25,000 and $10,000. Winning would provide hands-on science, technology, engineering, math, and environmental workshops for more than 5,000 low-income kids in Ontario and Alberta. Register and then vote every day for Scientists in School: http://learningproject.cst.org/ideas/826

Vote up to 3 times every day using Facebook and Twitter. Reach out to as many people as you can who are Scientists in School fans, and ask them to vote.

This is an incredible opportunity for Scientists in School. We know that working together with its fans, SiS has what it takes to propel FORWARD TO VICTORY!

Scientists in School is Canada’s leading science education charity for kids. At the heart of Scientists in School’s work are award-winning, inquiry-based workshops for Kindergarten through Grade 8 students. With Scientists in School over 600,000 students become scientists in their school each year and are able to see, touch and do science using specialized equipment and materials, all under the guidance of real science and engineering experts from their communities.

Scientists in School is a Registered Canadian Charitable Organization: 867139537RR001

Vote Now and Every Day!

Hypothermia; concussions and Alzheimer's disease; why hot water can freeze faster; the Bat Bot; possible sign of dark matter; images of Saturn's rings - just a few of the themes in today's eclectic... END_OF_DOCUMENT_TOKEN_TO_BE_REPLACED

FBC's Youth Council is proud to announce their upcoming panel discussion: Black in STEM! Join our two Youth Council moderators as they have the pleasure of speaking with 5 panelists, both... END_OF_DOCUMENT_TOKEN_TO_BE_REPLACED