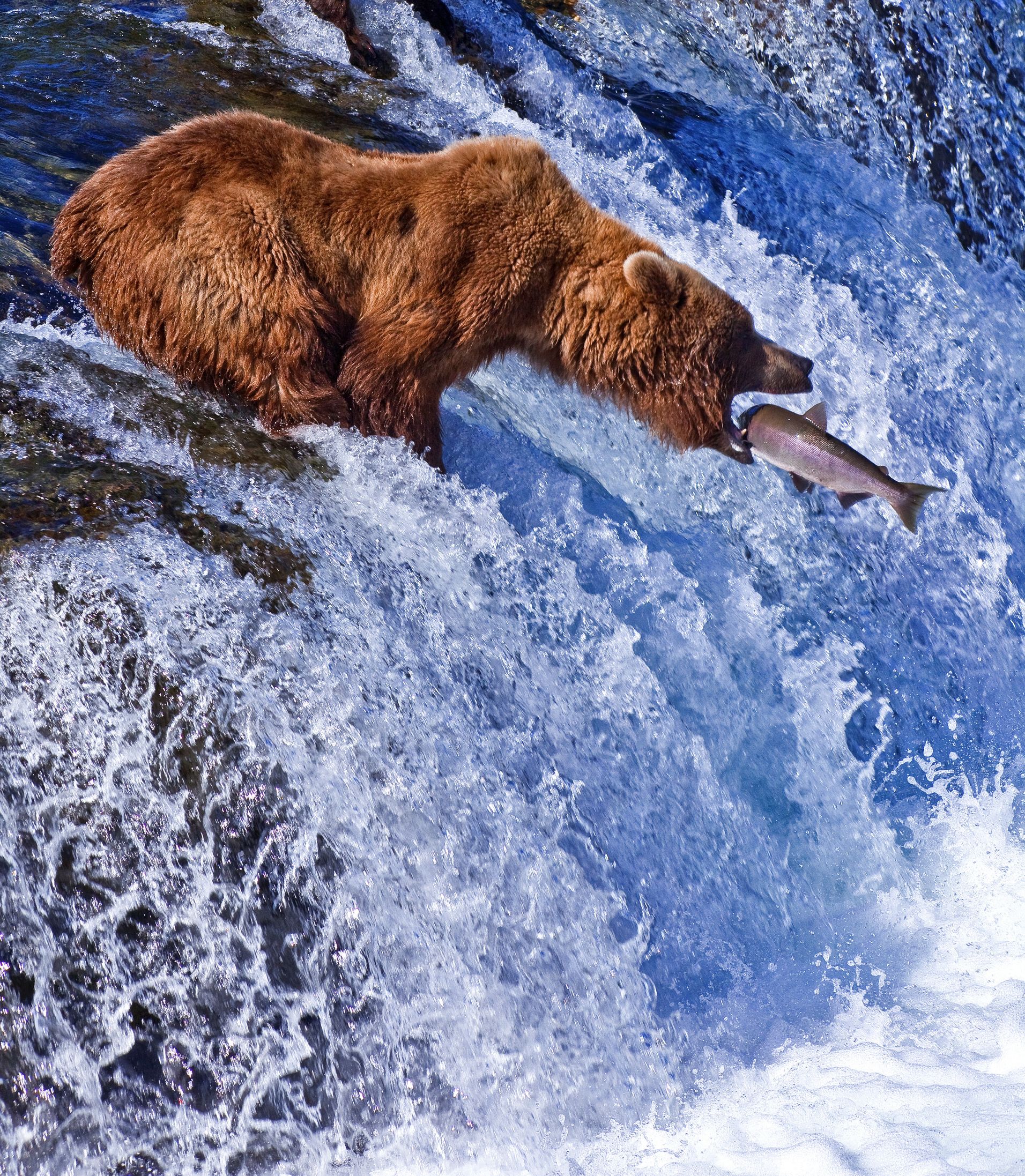 Do you need an active, fun-filled way to demonstrate the process of bioaccumulation in food chains?  Your students will be engaged right from the beginning as they take on roles of Grizzly bears, salmon, and herring.  Be sure to share with other teachers how your students reacted to this activity.

In my efforts to create engaging lessons that address all types of learning styles, I created a modified version of an activity that can be used to demonstrate the process of bioaccumulation in food chains. The activity lends itself to use in both the intermediate and senior classrooms. I wanted an activity of moderate length, that wouldn’t consume the entire period, to be used during a lesson on the basic concepts of bioaccumulation. I also hoped to make use of the activity to review previously learned concepts, such as trophic levels, and energy and nutrient cycling. During my own use, I simply included the instructions to the activity in the slides of a PowerPoint presentation that had been used during the lesson. It might be necessary to plan a seat work activity for students to begin once they are eliminated from the game. Alternatively, you might allow students to simply watch others in the class until the game has finished, as it can take as little time as five minutes.

Before you start the lesson, make copies of the shrimp template (attached), and be sure to make some of the copies on coloured paper. A white/coloured ratio of 3:1 works well. Cut out the shrimp squares and place around the classroom, mixing together the coloured and white versions, and placing in small piles of two to three shrimp.

During the lesson, the class will need to be divided into three groups. The groups will not be equal in size – for grade nine students this leads to the opportunity to discuss or review why there are a higher number of organisms in lower levels of food chains, with fewer organisms occupying the higher trophic levels.

You should have a group of Grizzly bears, a group of salmon, and a group of herring. Ideally, this would be a 1:3:9 ratio, but may be adjusted accordingly. Explain the food chain that exists within the classroom. In this case, herring eat the shrimp that are placed around the classroom (make sure that you do not indicate that the coloured shrimp are different in any way). The salmon consume herring, and the Grizzly bears are more likely to eat salmon than herring, but may eat either type of fish if they wish.

Once the agreed time has passed, have students return to their appropriate places. Ask students to count the number of shrimp they have, being sure to tally coloured and plain shrimp separately. This is when to introduce the idea that shrimp printed on coloured paper represent organisms that have been exposed to a persistent pollutant or toxin (examples include mercury or DDT). Discuss how the smaller concentrations in lower organisms are sufficient enough to cause death or damage to the organism. As such, in the simulation, any herring that have not been eaten and who hold at least one coloured shrimp are dead. In the case of the salmon, any individuals who have more than half of their shrimp printed on coloured paper are also dead. Since higher level organisms are capable of storing higher concentrations of persistent pollutants with less dramatic effect, the Grizzly bears who have coloured pieces are no longer able to reproduce.

In a senior classroom, the opportunity arises to discuss the idea of chemical trespass, as well as the lack of labeling on products that contain potentially harmful chemicals, and the impacts of the use of herbicides and pesticides. (I like to follow up by showing the documentary, “The Slow Poisoning of India”. It may be found for free at:
http://watchdocumentary.org/watch/the-slow-poisoning-of-india-video_afafea80e.html .

Variations include taking your class outside to play where there is appropriate space for students to run and chase each other in a game of tag, or using individually wrapped candies as the lowest trophic level, in place of the paper shrimp. The latter requires a modification to the discussion, which would focus on the increased concentration of the pollutant (candy wrappers) in each trophic level. Students would then be collecting the wrappers from individuals they have eaten. The candy modification requires having extra candy on hand for those students who are not herring. You may also wish to change the food chain such that it is one that is relevant to your area.

When conducting this activity in the classroom, it was apparent that students were engaged in the lesson. It presents an element of competition and involves a hint of wonder with respect to the coloured shrimp, while effectively demonstrating the process of bioaccumulation. It lends itself to a variety of discussions, ranging from review of food chain fundamentals to the introduction of new ideas related to the use of chemicals and their possible persistence in our environment.

Click here for the shrimp template used in this activity.

Stefanie Clark was an Occasional Teacher with the Durham District School Board at the time of this writing. She has a particular interest in the process of using inquiry, as well as literacy skill development, in the secondary science classroom.

[embed]https://www.youtube.com/watch?v=3TufSRaHB6g&feature=youtu.be[/embed] It's often said that light is an electromagnetic wave, a disturbance in electric and magnetic fields, but what does... END_OF_DOCUMENT_TOKEN_TO_BE_REPLACED

The surprising cause of stomach ulcers - TED Ed

https://youtu.be/V_U6czbDHLE It’s a common misconception that stomach ulcers are caused by emotional upset, psychological distress, or spicy food. Yet no convincing study has ever demonstrated... END_OF_DOCUMENT_TOKEN_TO_BE_REPLACED

Why Olive Oil is Awesome

https://youtu.be/lg1Jy9kx1Kk Whether you sop it up with bread or use it to boost your cooking, olive oil is awesome. But a lot of chemistry goes on in that bottle that can make or break a product.... END_OF_DOCUMENT_TOKEN_TO_BE_REPLACED